The voltage converter, also called a power converter or voltage inverter is an electrical or electromechanical device that supplies devices whose current-voltage parameters does not allow a direct connection to the receiver. The task of the power converter is a change in the current and voltage in a way which meets the requirements of  the powered receiver with the smallest possible power losses. Low power losses are synonymous with high efficiency converter.
Power converters are used both in systems that require the introduction of significant differences between the voltages (and thus multiple increases or decreases in voltage) and when the receiver requires a certain value of the supply voltage, which can not be provided by the used power source, for example, discharging of the battery cells. The task of the power converter can also be to change the frequency of alternating current, or change of dc to ac or vice versa. DC/AC converters are  used to supply all kinds of household appliances: kitchen appliances, power tools, televisions and radios, computers or automation systems. Simply connect the converter to the battery and the desired device , which is  usually powered from electricity network of 230 volts, to a standard AC socket. The converters are used in places where mains power is not available (eg. in the car, outdoors, on boats and yachts). The converter draws current from the battery 12 or 24 volt. The device life depends on power consumption and capacity of used batteries. To extend the time, a set of batteries are used, that is, they’re connected in parallel. The batteries require periodic recharging from an external charger or e.g. from an alternator. The correct operation of the converter depends on the proper adjustment of the device as needed. You should first of all take care of getting right the converter power. You should also note that some devices (eg. with electric motors) require a greater by approx. 20% starting power. The company TATAREK offers reliable converters of low and medium power. 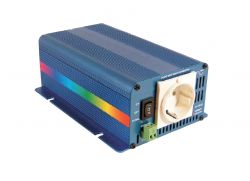 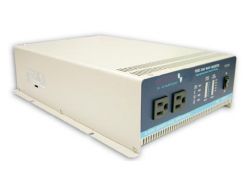 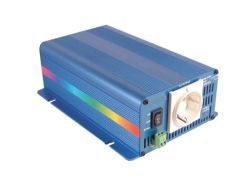 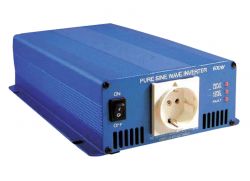